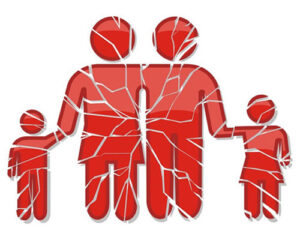 In today’s volatile political environment with Brexit and the general election, problems with the immigration system can occur and these parents are often denied the ability to remain permanent residents; they are forced to leave. Their children, British citizens by birth, are subsequently denied their birthright and, because of the deportation of their parents, are robbed of the benefits that other citizens receive.

This can lead to traumatic consequences for the adults and children.

There are reports of cases of long-term disturbance among children who underwent separation from their caregivers for even a day. Some parents claim that their children cry uncontrollably when dropped off at school or day-care because of the fear of being separated from their caregivers again. Psychologists have noted signs of depression, anxiety, and even post-traumatic stress in some of these children.

Being excluded from the community is another consequence of it. A report describes one woman’s experience, “Nobody talks to us anymore. They treat us like criminals.” Families are described to “turn in on themselves.” This social exclusion and isolation can induce depression and accentuate psychological distress among parents and children.

Psychologists have noted that some people appear to have absorbed the feeling of being labelled an outcast and are living isolated from their previous social networks. The children in this case are often stigmatised and harassed for having parents who have been arrested. This stigmatisation causes some children to live in the constant fear of friends and peers finding out the identity of their parents. They are sometimes warned to keep this a secret, which can further contribute to feelings of isolation and shame.

What happens to families that lose the primary breadwinner to forced deportation? According to research, families often suffer from poverty because the remaining parent lacks the documentation required to gain employment. Additionally, women find themselves suffering, as many of them have no means of transportation, having never learned to drive, and they are unfamiliar with bank accounts and financial obligations because their husbands had taken care of such matters. Some immigrant women struggle to feed their children and are forced to rely on food banks, churches and other non-government charitable organisations.

So what are the alternatives? Appeal a decision by the immigration and asylum tribunal.

Legal aid restrictions mean that speculative medico-legal reports are out of the question but gauging one’s clients’ mental health is important for a number of reasons. Credibility invariably plays a part. Does poor mental health assist in the documentation of trauma which, in turn, corroborates allegations of past persecution? Is the client fit to be interviewed or give evidence? How will s/he bear the court process generally?

Independent Psychiatry is able to provide professional psychiatric reports for client’s submission or appeal for asylum claims as well as assess the impact deportation could have on their mental health. In addition, our psychiatrists are all trained in recognising symptoms of PTSD (Post Traumatic Stress Disorder). Find out more – http://www.independentpsychiatry.com/